You are here: Home1 / History Hub2 / Dunkirk Ace – the first Spitfire pilot to win his spurs

Bob Stanford Tuck was every inch the fighter pilot as if ordered up from Central Casting; brave, good-looking, a crack shot and a superb aviator. The London boy who did not excel at school and nearly made the Merchant Navy his career, was to become the first Spitfire Ace in May 1940 in the skies above northern France.

Tuck combined excellent flying skills with being a superb shot. He had grown up with shotguns and game shooting, and practiced with clays regularly throughout his service career with Fighter Command. When moved to the Hurricane-equipped No 257 Squadron, he set up a clay pigeon shoot at the squadron dispersal at RAF Coltishall. But that was six months after Dunkirk.

In May 1940, Tuck was transferred from No 65 Squadron at RAF Duxford to No 92 Squadron at RAF Croydon in Kent. During his two years at Duxford, he had proved his fighting and leadership skills making him an ideal choice for the junior flight commander slot.

As the Battle of France hotted-up and the Allied armies were thrown back towards the North Sea and Channel coasts, the Commander-in-Chief of RAF Fighter Command released Spitfires to operate over the Continent. Tuck led a section of Spitfires to escort Winston Churchill in one of his attempts to rally the forlorn French government in Paris; it was the first time that Spitfire fighters – as opposed to the still secret high altitude photo-reconnaissance variants – had ‘overnighted’ overseas.

Tuck’s big chance to demonstrate his training in a dogfight came on 23 May, somewhere in the vicinity of Dunkirk, which was not yet the centre of that great military evacuation for which the seaport is now famous, but it was still the centre of aerial action. The Luftwaffe was attempting to deny reinforcements to the beleaguered British Expeditionary Force and the Channel ports were prime targets.

On 23 May, British ground forces were ordered to evacuate Arras, the main communications hub in that part of France. The British commander, General the Lord Gort wanted to concentrate his forces to protect the ports of embarkation such as Boulogne which was already under assault from the German Second Panzer Division. It was against this background that standing patrols were launched from airfields in Kent and Surrey to interdict the Luftwaffe operations then supporting the Panzer assault.

Tuck opened his score with three conclusive and witnessed victories against the Luftwaffe with three Messerschmitt Bf 109s downed on 23rd May followed by two Dornier bombers the next day.

The Spitfire had first met the German fighter some 10 days before so both sides were still feeling their way in the development of fighter tactics. Unlike, Fighter Command, however, many German pilots had the advantage of previous service the Condor Legion in the Spanish Civil War. That lack of experience did not seem to affect Tuck’s fighting spirit.

Tuck’s career literally took off. Not only was he the first Spitfire ace but he had rapidly moved up the promotion ladder within No 92 Squadron, taking over as the senior flight commander and then assuming command when Squadron Leader  Phillip Sanders  was reported missing. Tuck was awarded the Distinguished Flying Cross on 11 June.

Fighter Command’s commander-in-chief, Air Chief Marshal Dowding saw Tuck’s potential and promoted him to acting Squadron Leader and gave him a Hurricane squadron at RAF Coltishall in Norfolk to command. Despite being shot down and imprisoned in German-occupied Poland, Tuck finished the war with 27 enemy aircraft destroyed. After a brief spell in the post-war Royal Air Force, he left the service and became a mushroom farmer.

Paul Beaver is an aviation historian and pilot who will be speaking on “Dunkirk – the misunderstood triumph of Air Power” at the Chalke Valley History Festival on Sunday, 28th June 2015. His latest book, “Spitfire People”, the result of a talk at Chalke Valley last year, goes on sale from 18th June.

Spare a thought for the Bomber Boys: The unknown air campaign of 1940 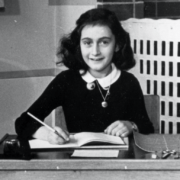 🎧 LIVING IN THE SHADOW OF HIMMLER

The Olden Days: The Power Of The Past In Britain

The Dreyfus Affair
Scroll to top